John began his career in the futures industry in 1986 at privately held firm, Barnes and Company. Barnes and Company was known for its presence at the Board of Trade, particularly in the agricultural sector. From Barnes, John held positions at the privately held firm, Argus and then at Continental Grain. During his time there, Continental Grain was one of the largest clearing firms in the world. Continental Grain had, and continues to maintain, extensive holdings in the cash cattle, poultry, swine, and agriculture industries. At Continental Grain, John had various responsibilities including working for the Options Group and the Risk Management Group where he serviced clients located all over the world.

In 1996, John left Continental Grain to found Walsh Trading, Inc., currently a registered Guaranteed Introducing Broker (GIB) and an NFA member. John’s focus at Walsh Trading has been on hiring and cultivating talented individuals and building relationships throughout the industry. Walsh Trading services some of the largest companies in the world, in their respective fields, as well as individual investors with a commitment to always putting the needs of its customers first.

John trades all markets, but concentrates his efforts in the agricultural sector, more specifically in the relationships revolving around the soybean crush. His trading methodology is based on fundamentals and a personally designed technical system.

Steve started in the commodity business in the back-office and then moved up to a management position in the mid-1980s. Wanting to move into the brokerage part of the business, he joined the Parrot organization to deal in the cash grain and futures trade in 1987. While dealing with cash grain hedging he traveled to Western Europe, Southern Africa and Asia. Thinking that the travel experience had run its course, Steve decided that he would stick with domestic traders in retail brokerage.

In general, Steve is a technical trader, but also believes that traders need to be aware of the various fundamental factors affecting markets to be successful on a long term basis.

Sean Lusk is a registered commodity broker and Vice President, Commercial Hedging Division of Walsh Trading in Chicago. Sean began in the business as a runner on the trading floor during summer breaks from college in 1993. Upon his graduation from Southern Illinois University at Carbondale in 1996, Sean began his career on the trading floor of the Chicago Mercantile Exchange (CME). Overseeing billions of dollars of transactions working as a clerk in the Eurodollar pit, Sean took the next step and became a floor broker and member of the CME in 2003. He handled customer orders for banks and investment houses from all over the world from inside the Libor pit at the CME.

Now, at Walsh Trading, Sean utilizes his experience in the marketplace and his professional client service skills to aid and assist customers in their trading endeavors.

Sean writes daily and weekly commentaries focusing on the Agricultural Markets along with related market activity. He has been quoted in various media outlets discussing futures markets. These include, Futures Magazine, Reuters, Forbes, Kitco, Nikkei Press and CCTV.com.

John Weyer started in 1992 as a runner for an independent brokerage group in the Eurodollar pit at the CME. As a clerk he helped handle thousands of contracts from institutional customers on a daily basis. John’s customer relationships and skill set helped enable him to become a CME member and execute customer orders as a floor broker. He later made the transition to a “local”, trading his own account in 3 Month Eurodollar futures.

John now uses the skills and experience acquired after 20 in the futures industry to help customers with their risk management at Walsh Trading as a Vice President of the Commercial Hedging Division. 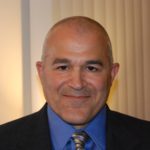 Ben is a graduate of Pace University with a degree in Accounting. In 1984, he became a member of The Index and Options Markets of the CME. He is Series 3 Licensed. Ben has been involved in many areas of the Securities industry, from working as a runner on the NYSE to taking care of professional traders and institutional clients for Salomon Brothers on the CME. He traded equities as a local before moving on and working with individual clients.

Ben understands that every client’s need are different and he prides himself in tailoring his service to each client’s unique circumstances and needs. Individual client experience, risk tolerance, and capital all play a role in how he approaches the markets. He is very involved in all markets using technical analysis to find opportunities. Ben’s approach is driven by principles of capital preservation. His trading philosophy is that if you can recognize and manage risk, you have a better chance to be successful in trading. Ben advises all his clients to always use stops as money management – in his opinion, it is the most important ingredient in trading commodities.

Peter started in the futures industry in 1984 employed with Geldermann. From there he moved to Commerzbank and HSBC Securities. His duties included handling institutional and retail business in the futures and options pits at the Chicago Mercantile Exchange working in not only Chicago, but Singapore, and Hong Kong as well. Peter became a floor broker at the Chicago Mercantile Exchange in 1998 until 2006. He then moved to TJM investments where he handled customer business online. Pete handled customer business from all over the globe in an array of markets and multiple exchanges. Keeping with his entrepreneurial spirit, he made the move to Walsh Trading in 2018. He looks to aid farmers and ranchers with option techniques that protect future prices while offering short and long term opportunities that he sees in the market.